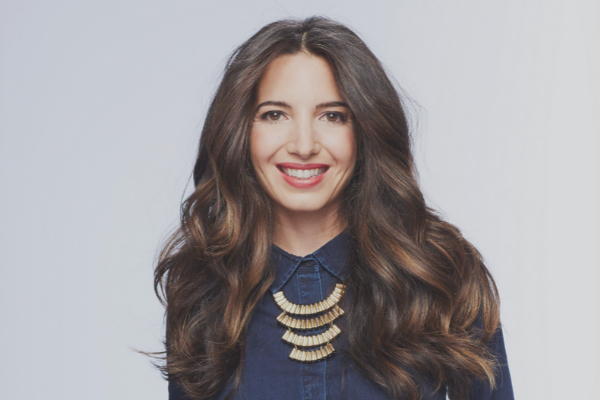 Determined to Figure it Out

Marie Forleo is a force to be reckoned with.

If a person could be a spirit animal, I’d choose her to be mine. From a young age Marie’s mom taught her lessons she would carry with her years later and into her adult life.

I was lucky enough to get my hands on a copy of her book by the same title before it was released and after only a day and a half I had that paperback marked and dog-eared with different color post-its sticking out in all directions.

In Marie’s book, she shares story after story of times she had a plan and how life happened.  Instead of giving up or walking away, she went back to those three words her mom spoke to her starting as a young girl and,

So, naturally when we thought about who we’d like as one of our first guests, Marie was top on our list. Her entire life moto encapsulates what The Not So Perfect Plan is all about.

Talking to her was infectious. And in the most wonderful way. Her passion and energy was tangible even through the zoom waves as we talked to her about just one of her,

Not So Perfect Plans.

Her plan was to find love. She didn’t see marriage, or children of her own as a part of her future but knew love would be. She knew she wanted to find someone who loved her and whom she could love and share her life with.

When she met Josh, she quickly knew he understood her. He saw her passion for what she wanted and he wanted to be a part of her plan. They were a perfect fit. And things were good.

After seven years together, Josh sat Marie down and said, “I don’t think I love you anymore”.  Just hearing her retell the story and say those words, believe me when I say, I felt it in my bones.

I don’t think I love you anymore.

I can’t imagine anything more heartbreaking than looking at the person you’ve loved for seven years as they said those seven words to you.

I don’t think I love you anymore.

Marie said, “I don’t believe you”.

I don’t believe you.

Again, why she’s my spirit animal. Instead of running, she stood up. She made a choice to stay. To fight. And fight she did.

Marie is such an inspiration. She not only decided to fight, she took action. She took what Josh shared with her and then looked within herself to see what she needed to do to make the changes in order to show him that he was not only a priority but that she was choosing him.

As a wife to someone who loves their work and works hard, it was interesting to hear her side in the relationship. I found myself relating to her partner, Josh. I too have been the one who’s felt forgotten or left behind when it comes to the one you love’s career. So, when we got to ask her what she did in this, punch in the mouth moment, it spoke volumes to me.

Second, she put her ego aside. Wow. That one gripped me. Setting our egos aside is one of the hardest things to do. When our ego is being attacked, it’s difficult to not jump to our defense. And instead of defending she calmly said, “I don’t believe you, and let me tell you why”.

Third, she took action. She heard what he said. Then she found a way to show not only were his needs heard, she proved to him that he and their relationship was important to her. To hear what she made happen was crazy. It made me sweat just listening to her retell it.

This story is timely. In this time of isolation and self-quarantine, we not only are stuck inside, we are put in a place where many of us could find ourselves either saying or feeling those words Josh said to Marie, or we could be Marie, the one hearing those words.

In fact, they are hard work. It’s a daily choice we have to make. It’s a battle that we fight for because like most, love is a universal need. And it’s worth the work.

I am so thankful for Marie and the book she wrote. She not only taught us the important lesson her mother taught her as a young girl, she shared pieces of herself. And through those stories she’s impacting millions. Millions

Those three words can be the three words you choose to say when faced with a moment in a relationship, your parenting, your career, your health, everything. Saying those three things to yourself or out loud will significantly change the way you think. The way you approach the small things and the big ones.

I hope you not only will listen to this episode with Marie but that you will get a copy of her book.

Then read and apply it.

I promise, you’ll be amazed at what can happen if you add just three words to your vocabulary.