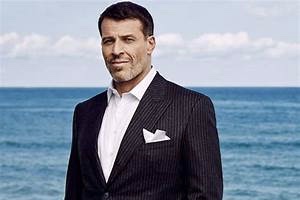 How to Rise Up in Uncertainty

After listening to Tony, I feel like this could be my new mantra when things get tough.

I grew up in Michigan.

For those who know Michigan or any of the Midwestern states for that matter, know that winter is long. It’s grey and it’s cold. The sun rarely makes an appearance and if you’ve ever felt like there were a time that would never end, it is winter in Michigan.

So, when Tony talked about the seasons. I got it.

I know this to be true, logically speaking. But year after year, we would find ourselves in the depth of January and then February. It was hard to believe the sun would ever shine again or that there would once again be any sign of life on the barren trees that spread across the landscape.

Then April and May would arrive. The grass would sprout and the branches would bud. And year after year, what we thought would never happen, happened. The snow would melt and the air would change from cold to cool to warm. The sun would grace the clear blue skies and the birds would sing. We’d made it yet again.

We survived another winter.

This doesn’t mean we won’t find ourselves walking through another one. Because we most definitely will. We’re promised that. Winter will come and go throughout our whole lives. Some will be mild. Not as much snow, and fewer days below zero, but another winter will come.

We’ll have come through.

We’ll be on the other side. And we’ll have new tools. New ways of looking at what’s handed to us and we’ll have the lessons from our experiences to help us tackle the next winter that surely will come.

But it was what Tony talked about doing in those winters. It was the tools he offers that can go with us moving forward that really spoke to me.

We’ve got to start with ourselves.

We have to be ready. We have to get strong. We have to work the muscles we’ve used before and build them up so when the next winter comes, we remember. We remember what it feels like to be stuck or afraid and then we move through it. We push and we press on because we’ve used this muscle before. And the more you use a muscle, the quicker it is to build back up.

We’ve got to feed and strengthen our body. And our mind. Tony talks about not feeling like doing most of what will be required to do in this season. But if you can train your brain to do the hard things, the next time the hard is presented, you’ll know that you can. That you can step forward and do what has to be done.

You will be able to do it, because you’ve trained yourself to. You will take action. You’ll move through the “I can’t” and the “I don’t want to”. He uses the example of a cold plunge. He makes the choice, every single morning, to get out of bed and will his body to jump in. He says there hasn’t been a single morning, he’s wanted to, but that he does it. He’s trained his mind to remember that he can do the hard things. He can do the things he doesn’t want to and in the end, he feels better. Because he did it.

Next, we make a decision.

We must not allow ourselves to get stuck. To freeze and stand still. This is the time we use that muscle. The muscle we’ve trained ourselves to work and we make a decision. It’s in this moment we need to decide what we will focus on. Will we focus on the positive or the negative? This isn’t a decision we can make unconsciously. We must make it on purpose. With purpose.

Will you focus on what you have or what is missing?

And, will you focus on the past, the present or the future?

You get to make the decision.

It might not always be the right decision, but until you make one and move forward, you won’t know.

Tony reminds us all that it’s in the winter where the opportunity is. So, the power is ours. Will we take it on or will we not?

Seek out the people who have been there before. Who have experienced the winter before you and who have faced some of the fears and challenges you are faced with. Ask them what they did. What they learned and what they wouldn’t do again.

Listen and learn. Allow their experiences to teach and help lead your decisions and next steps. And then take peace. They survived. They made it through and more often than not, they came out stronger than they were going in.

And then down the road, when the time comes for someone to come to you and ask. You’ll be able to offer them the encouragement and wisdom you were given. And you will be able to use your winter to help as they walk into theirs.

That’s what it’s all about isn’t it?

Without realizing it in the moment, I had the opportunity to sit front row and experience each and every one of these steps take place. As things were being canceled all around us, I watched Pete just days into the great quarantine, begin to move. He made decisions and searched for wisdom. While some of the decisions and actions he took, were unknown or hadn’t been done before, he didn’t allow that to paralyze him.

And because of the action he took, the choice to focus on the present and the things he could control, big things happened. Sure, there were learning curves and some things he’ll do different next time. But it was because of the people who had been in tough situations before, who encouraged him and shared what they’ve learned, that gave him to courage to move.

That is what helped catapult him to the next step, and then the next and the next.

And it was because of these decisions, that our team and our family didn’t get stuck. Instead of fear, we found ourselves in the space of possibility.

I am forever thankful for people like Tony who have allowed their past experiences, their failures and their successes, their lessons learned and their “been there, done that’s” to be a force of power.

A force of good in a time of uncertainty.